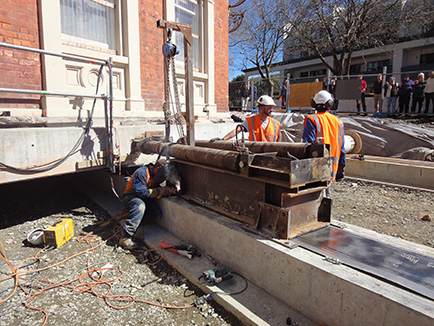 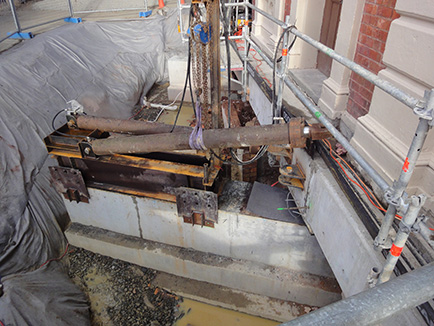 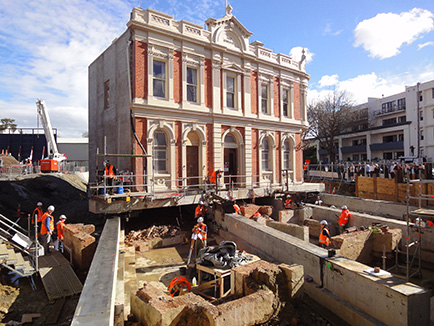 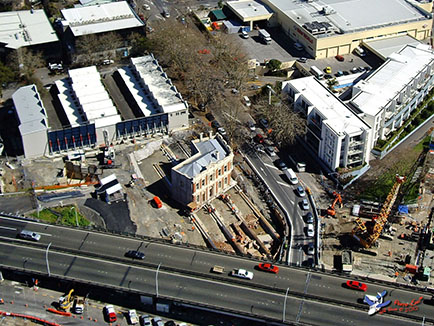 Originally completed in 1886, the Rob Roy hotel has been a Freeman’s Bay landmark for over 125 years. It’s a protected listed building with the Historic Places Trust – but the construction of Auckland’s new Victoria Park tunnel meant that the hotel needed to be moved.

Dunning Thornton were approached by the Transport Agency Alliance Team based on our previous experience in successfully relocating large structures.

Strengthening and seismic upgrade works were undertaken before the Rob Roy was moved to a temporary site 44.7 metres along Franklin Road to allow for construction of the tunnel’s southern portal. Upon completion of the tunnel, the hotel was then moved back to it’s original location, where it is the focal point of a new public plaza.