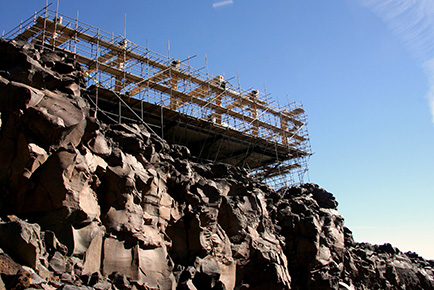 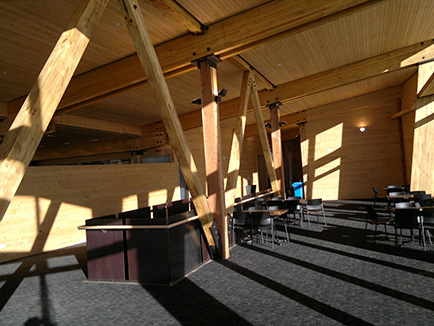 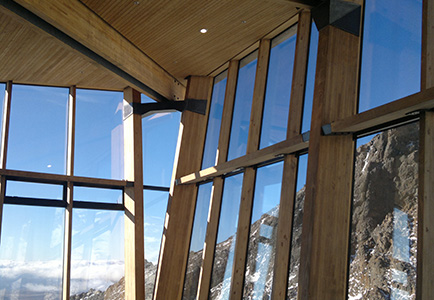 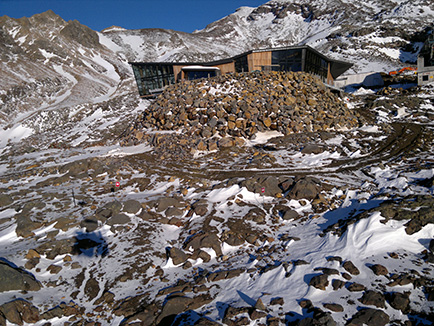 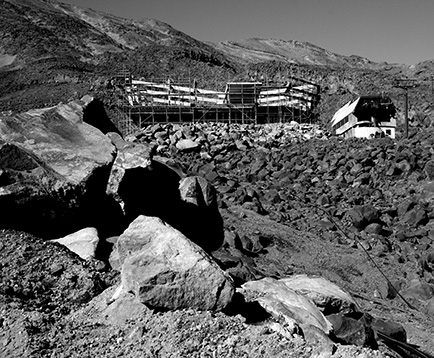 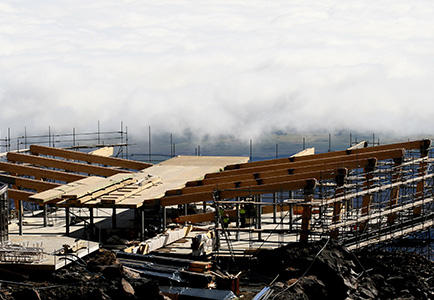 An arson attack on the existing Knoll Ridge cafe and groomer shed meant a new facility was required quickly to ensure continued operation of the skifield. The Mt Ruapehu location increased the complexity of the project – the site is 700m above road access, and is subject to extreme winds and massive snow and ice loads.

Innovative detailing and extensive use of prefabrication helped ensure that the cafe’s complex design could be achieved within the tight timeframe. This prefabrication of structural components approach had significant environmental benefits, reducing helicopter time by allowing large elements to be taken over snow instead, and leaving no waste on site.

Ultimately, this project resulted in a high-quality building, erected on an extreme site, for a reasonable cost. Equally importantly, environmental impact on this National Park location was minimised.